Ecola State Park, Tillamook Head, In the Footsteps of Lewis and Clark

The farthest point reached by the Lewis and Clark Expedition was not at the mouth of the Columbia River, but rather 20 miles south at Tillamook Head, where they went hiking in search of whale blubber. Today a section of the Oregon Coast Trail in Ecola State Park follows the explorers' route to the dramatic, thousand-foot cliff of Tillamook Head, overlooking craggy islands. The route passes a viewpoint that made even Captain Clark exclaim in wonder. Difficulty: A moderate, 3.6-mile loop to the headland's tip gains 900 feet of elevation. Season: Open all year. 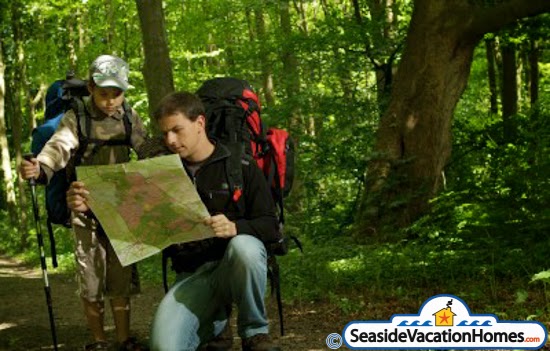 History: Captain Clark, Sacajawea and a small group of men from the Lewis and Clark Expedition crossed this formidable headland in 1806 to buy the blubber of a stranded whale from Native Americans at Cannon Beach. At a viewpoint along the way Clark marveled, "I behold the grandest and most pleasing prospect which my eyes ever surveyed." 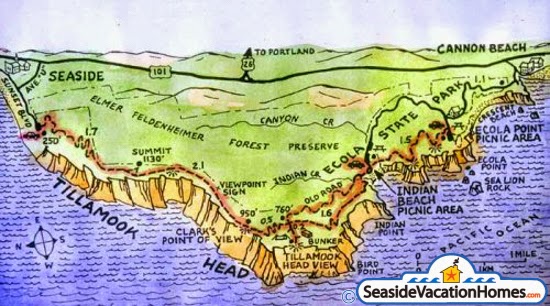 Tillamook Head Trail: In the Footsteps of Lewis and Clark

Experience the magic of Tillamook Head and follow a famous trail used by the Lewis & Clark Expedition. Park at the entrance to the Elmer Feldenheimer Forest Reserve at the Tillamook Head trailhead. The trail is obvious in most places. However, beware, there are trees down after a series of coastal storms so you should be prepared to scramble over some and around others a few times on the route. Wear good footwear. Some parts of the trail can be muddy at times. Take adequate clothing for rain and wind as well as food and water. Tell someone where you are going and when you will be back. Take a cell phone. Do not go off the trail. 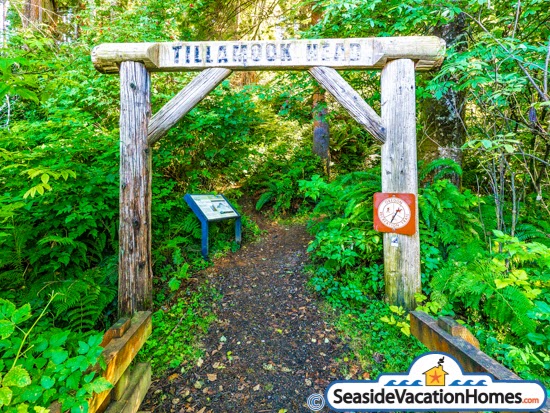