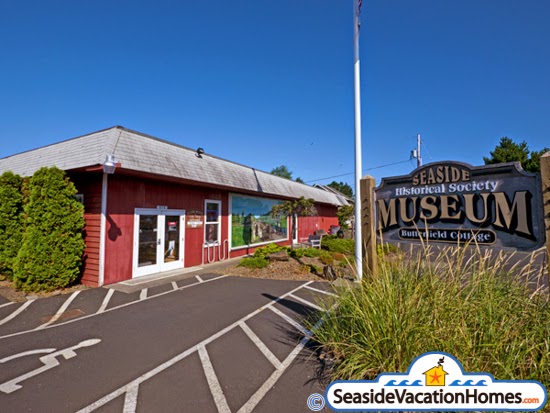 To learn about Seaside's rich historic past, visit the Seaside Historic Museum. Several archaeological digs were made in the Seaside area in the 1970's. Items were found that were over 2000 years old, by which the lifestyle of the area's native inhabitants could be determined. The Seaside Museum has part of that collection on display. When Lewis and Clark arrived in 1805, they established their base camp in the form of a fort about 15 miles north of Seaside, not far from Youngs Bay. The Native Americans were living in "Long Houses," about 30 to 60 feet in length, made of cedar planks. During the winter of 1805 and 1806, salt became scarce and was badly needed by the expedition for preserving meat and fish, and for the coming return trip. 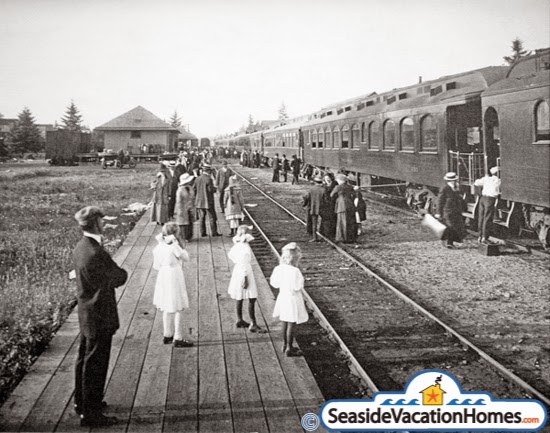 Seaside was host to the first public railroad in Clatsop County, which was built by the Astoria & South Coast Railroad Co., founded by E.M. Grimes of Seaside, D.K. Warren of Warrenton, and a group of Astoria investors. Completed in the spring of 1890, the little railroad ran from Young's Bay to Seaside via Warrenton and small settlements along the way. Boats carried passengers from their ships to the pier where the railway would be ready to take them south into the Clatsop countryside. A.B. Hammond bought this little "Seaside Railroad" in 1894 and extended it through to Astoria in 1896, making it a branch of the Astoria & Columbia River Railroad, the rail line to Portland from Astoria. 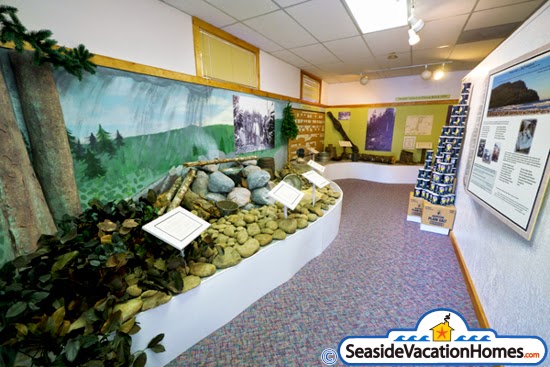 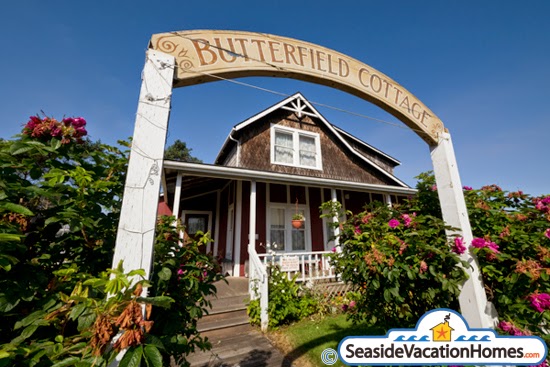 The Lewis and Clark Salt Works outdoor exhibit is located in the Lewis and Clark Historical Park in Seaside. Members of the expedition set up camp at this location and boiled seawater in order to obtain salt for use at the fort and on the return journey. 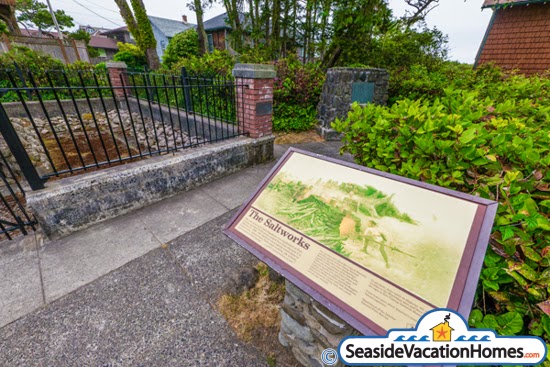 The Turnaround at Seaside, Oregon, is designed as the official end of the Lewis and Clark Trail. In 1990, a bronze statue of Meriwether Lewis, William Clark and their dog Seaman, was installed facing the ocean at the west end of Broadway at the Turnaround on the center of the Prom. The monument commemorates the 18 month, 4,000 journey from Saint Louis to the Oregon Coast. 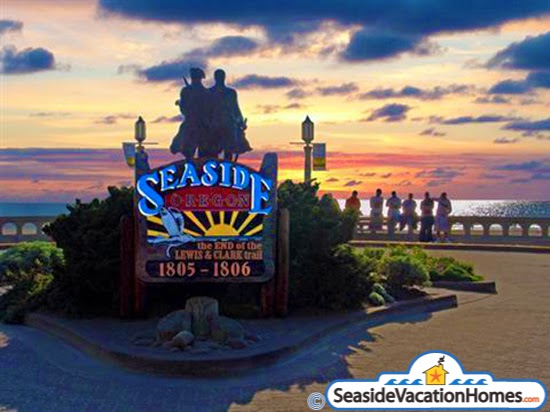 1875: The Seaside House features guests arriving at or departing from Seaside House in Seaside, Oregon. Transportation tycoon Benjamin Holladay constructed the Italian Villa in 1871. Wealthy from the sale of his stage coach line to Wells Fargo in 1866, Holladay moved his headquarters to Portland from San Francisco in 1868 and entered the railroad business. An extravagant spender, 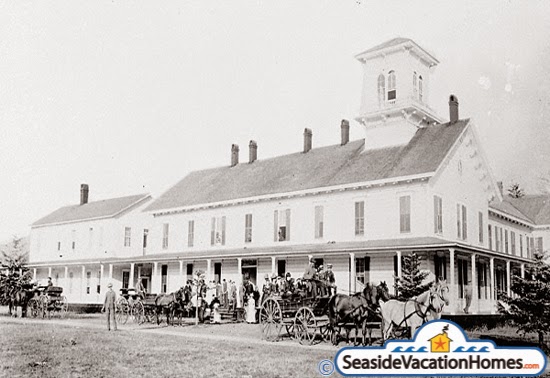 Holladay built the coastal resort to entertain influential guests, and soon the destination attracted prominent visitors from far and wide. Its original owner, Alexandre Gilbert, was a soldier, hotelier and a mayor of Seaside. This site is now the Seaside Golf Course. 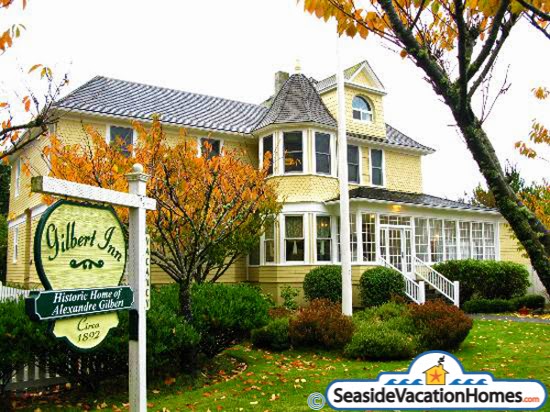 In 1892 he and his wife, Emma, built the house that would become the Gilbert Inn. According to the local newspaper, the Seaside Signal, the Inn is now Seaside’s oldest surviving house.

On June 22, 1844, less than a year after the first wagon trains rolled into this area, Clatsop County was created by the Oregon Provisional Government. In 1904, the current Clatsop County Courthouse (below) was constructed on the same building site to replace the earlier wooden structure. The Courthouse currently houses the District Attorney and the Circuit Courts. This more recent Courthouse photograph was taken between 1905 and 1915. The electric rail cars were preceded by horse-drawn cars.

The historic Clatsop County Courthouse, located at 749 Commercial Street in Astoria, Oregon, United States, is listed on the US National Register of Historic Places. 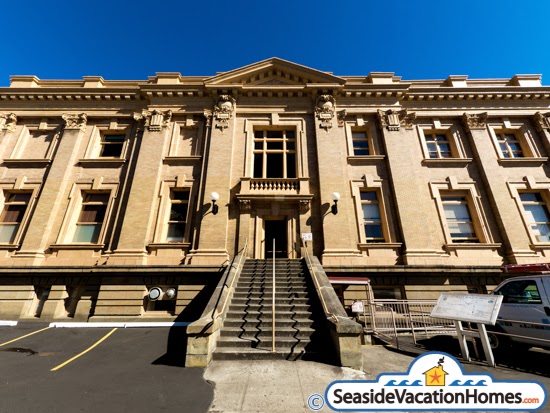 This historic 1885 Queen Anne Style Victorian Home and its period furnishings enable visitors to imagine what life was like in Astoria at the turn of the last century. Its decorative exterior, with hipped roof, balconies and verandas, and its three-story octagon tower, has been restored to original form and the mansion’s large rooms with their elegant woodwork are accented by furnishings and decorations of a century ago. It is just one of Astoria's many historic homes. 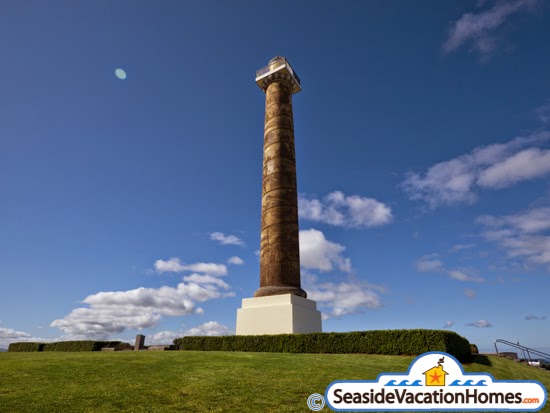